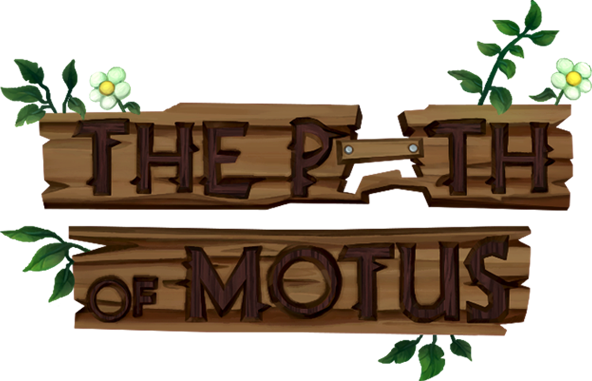 Will you let other people stop you from pursuing your dreams? For generations, a village of goblins has been trapped inside a mysterious forest; anyone who attempts to leave returns hopeless and defeated. Determined to break new ground, a young goblin named Motus plans to build a series of bridges through the forest. However, his perseverance will soon be tested, as he meets bullies that use their own words to stop him. Will you find a way through life's forest, or like others be lost in its depths with no will to continue?

Developed for three years by Michael Hicks (design, music, programming, writing) and Goncalo Antunes (all art and animations), The Path of Motus weaves gameplay and story together to deliver a poetic experience unlike anything before it. 10% of all purchases will be donated to The Cybersmile Foundation, an award winning non-profit that helps thousands of bullying victims each year through their support lines.


Select A Version To Buy:


Click here to see what critics are saying about the game!

Sign up to our newsletter to get a free song from the soundtrack! Don't worry, we won't spam you with emails... you'll only get an email when we have major updates, or a new project to announce.


Michael is a self taught game programmer, designer and musician. He's been making games since he was 14, and his first published game came out for Xbox 360 when he was 18. In this video Michael shares his entire story, and how he learned from the failures he faced. If you're interested in learning to make games, Michael has an entire Youtube channel where he'll share everything he's learned to make The Path of Motus... programming, design, business, marketing and more are discussed. If you've never programmed before, he even has an "Intro To Programming" series to get you started. At the end, you'll make your own game that can be released on platforms such as PC, PlayStation 4 and Xbox One! All skill levels of people should find something useful, and the knowledge you gain can be applied in a wide variety of professions. Check it out!